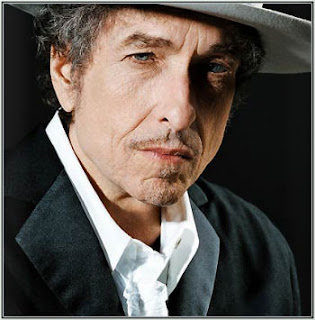 Don’t think twice, it’s all right …
I just heard on the radio that Robert Allen Zimmerman is 69 years old today and was hit with one of those uncomfortable reminders of entropy and mortality which, I have started to realise, become more frequent the older you get. Dylan an old man? Aw come on!
But the planet inevitably rolls on around the sun and cutting actuality fades into the warm glow of fuzzy do-you-remember nostalgia. Checking up, I’ve discovered that 47 years ago this week, Dylan’s seminal second album, The Freewheelin’ Bob Dylan was released; containing such songs as “A Hard Rain’s a-Gonna Fall,” “Don’t Think Twice, It’s All Right,” and, of course, “Blowin’ in the Wind.” The voice and the anthem of a generation had arrived and the themes and issues of the sixties were musically defined.
Dylan’s importance for cultural history in the past half century cannot be overestimated. He articulated the growing voice of the “baby-boomers,” that new generation for whom the Second World War was no longer the defining experience for life and attitudes, a conscious, provocative rejection the patriotic, petit-bourgeois, war-shocked values of their parents.
“Come mothers and fathers
Throughout the land
And don’t criticize
What you can’t understand
Your sons and your daughters
Are beyond your command
Your old road is rapidly agin’
Please get out of the new one if you can’t lend your hand
For the times they are a-changin’”
(The Times, They Are A-Changin’, 1963/64)
More than just his songs (although they remain central), Robert Zimmerman’s whole history encapsulated many of the defining themes of his generation. Spending his teenage years in small-town middle-America, he initially discovered black music as a liberation from the perceived narrowness of his own life, went on to discover folk-music, above all in his hero Woodie Guthrie, as a source of inspiration, reinvented himself, changing his name in homage to Dylan Thomas, and went off to the big city to make his fortune.
Hustling for a musical living in Greenwich Village, Dylan soaked up all kinds of influences like a sponge, unconcernedly plagiarising when it suited him (With God on our Side is an obvious reworking of Dominic Behan’s Patriot Game and even Blowing in the Wind owes more than a little to the Negro Spiritual No more Auction Block). But one of Dylan’s great strengths was his determination not to let himself be pigeonholed into a category, ironically, perhaps, following another sixties admonition by “doing his own thing.” Feeling increasingly hemmed in by his iconic folk status, he alienated many of his purist folk fans, and won millions of new ones when, at the Newport Folk Festival in 1965 he performed an electric set, including Like a Rolling Stone (listed by Rolling Stone magazine in 2004 as number one in the 500 greatest songs of all time). There are many stories about that legendary performance, some of the best – including the one about Pete Seeger threatening to cut the sound cables with an axe – being apocryphal, or at least having more to do with lousy sound quality than with the switch to rock and roll, but the core of the protest had to do with Dylan refusing to do – to be – what was expected of him. For anyone who wants to really understand (or remember) Dylan’s early life and career, I recommend Martin Scorsese’s marvellous film documentary No Direction Home (2005).
There’s much too much to Dylan and his music to deal with most of it here. As someone who occasionally picks up a guitar and sings, I’ve always had reasons to be thankful to him. Covering a Dylan song is great (even if you often have to mercilessly cut out verses because many of his songs are just too long to perform unless your audience is really with you all the way), because you don’t have to be a particularly good singer to sound better than Bob. You can love him as much as you like (and I do) but you can’t argue that he’s an immensely talented vocalist. Maybe that’s one of the reasons why so many of his songs were most popular through their covers by other artists; the Byrds, Peter, Paul and Mary, Manfred Mann or Brian Ferry, to mention just a few. And, of course, there’s his muse for many years during the sixties, Joan Baez, whose sublime, crystal clear voice singing his songs can still make my hair stand on end. Indeed, in this context, I have to mention one of her very few self-authored songs, Diamonds and Rust (1975), where she powerfully reviews her relationship with him.
So, happy birthday, Bob. The best wish I can give you today is one from one of your own songs,
“May your heart always be joyful,
May your song always be sung,
And may you stay
Forever young.”
I wanted to put a Youtube link to the legendary "Subterranean Homesick Blues" here, but *@"%#$! Sony/BMG won't let me post anything decent by Dylan from here in Germany. Here's Joan instead :-)
Posted by Francis Hunt at 14:12