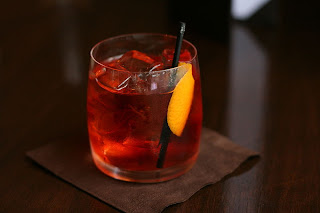 In the brazen heat of a July day I sit on a grass-grown wayside bank. The heat has almost stilled the birds, leaving the baking air for the summing and chirping of insects. From the distance come a dim throbbing of a farmer’s mowing machine somewhere beyond the tree-covered ridge and the sweet smell of freshly cut hay, with a dusty harmonic carried by the hot, dry summer breeze. The sun casts silverly dappling shadows through the branches of a nearby birch and down on the meadow by the stream the cows flick their tails desultorily against the crowds of flies misting their hindquarters. The sky is mostly a glaring blue-white but in the distant south west there is a hint of thunderheads massing and an almost subsonic rumble of approaching thunder. My fingers play idly with a yellowed dry grass stem and my memory slips back to a similar day, more than a decade ago …

Another hot July day. In another part of Germany I sit, looking across the terrace of my apartment at a wide valley, chequered green and yellow fields, in the distance a village on a small hill. My life pointless, slipping out of control; too much pain and contradiction, too much self-pity and enthrallment to be gainsaid. Or at least that’s what I’ve told myself. The cause of much of it is in the glass on the table, always within reach. If it was afternoon that summer then it was probably a Negroni, although it could have been a simple gin and tonic. Properly made of course, except in the most extreme cases (when I was slugging straight vodka from hidden bottles under the often illusory impression that I was cleverly keeping my weakness secret) I placed some value on civilized behaviour; the amounts of gin, vermouth and Campari measured out (albeit with a very generous measure), poured over plenty of ice, garnished with a slice of orange. If I wasn’t working, the day had probably started with aspirin and cold beer for breakfast – treatment for the alcohol-induced cerebral dehydration headache (also known as “hangover”). The rest of the day divided up by Negronis. A bottle of wine to accompany dinner in the evening, afterwards perhaps chilled ouzo – if I was still conscious.

Cold beer in the morning, replenishing fluids, banishing the faint hints of possible withdrawal. The first buzz of the day, blanketing the small protesting voice of honesty trying to admonish; this isn’t good, you can’t go on this way! A wave of self-disgust giving way to jubilant, guilty rationalisation; too late now, you can write today off so you might as well enjoy it, you don’t have to face the problems today!

The problems and worries were patient. They waited. And grew. Slowly. Steadily. Occasionally causing a crisis. Money too scarce. Job threatened, finally lost. Solutions, many bad, found one way or another. Alcohol is a perfect solution, or perhaps solvent is the better term – in the end it dissolves everything. Everything else was pointless anyway. My marriage had broken down, my ex-wife disappeared abroad with my children. The future was unimaginable, but the present could be made … tolerable.

As on that warm, sunny July afternoon. The ice melts steadily into the Negroni, paler eddies swirling slowly into the red liquid. Music on the stereo; it might have been Grönemeyer, or possibly Pink Floyd; I have become comfortably numb, an unstable, fragile equilibrium has been achieved. I’m alone, but that’s all right, it makes the drinking easier. If the phone rings I just won’t answer, just as I’ve given up opening a lot of my post. Things to do, action demanded, perhaps (worst of all) concerned friends trying to make contact, activity I just don’t have the motivation or energy for. Tomorrow. Yes. Maybe. Outside the sky is mostly a glaring blue-white but in the distant south west there is a hint of thunderheads massing and an almost subsonic rumble of approaching thunder…

… The threat of a thunderstorm is becoming acute. I throw away the dry grass stem and walk back to the car. As I drive away, the first fat raindrops spatter on the windscreen.

I haven’t drunk alcohol for ten years now and it’s no longer an issue for me. I’ve come far enough that I can revisit old memories without danger and be amazed. My life is fine, rich and fulfilled in most ways. I’m living in that future which was unimaginable in that summer of 1999. Reasons enough to be thankful for.

Email ThisBlogThis!Share to TwitterShare to FacebookShare to Pinterest
Labels: personal