The Open Society and its Friends: WikiLeaks

“We must plan for freedom, and not only for security, if for no other reason than only freedom can make security more secure.”
(Karl Popper, The Open Society and its Enemies, Vol 2, Ch 21)
This citation from Karl Popper’s seminal work defining the foundations of western societies (as we like to see them at any rate) sets the real context for the whole debate over WikiLeaks – a context which seems to have been forgotten by the many members of the political establishment worldwide who have loudly been expressing indignation at the actions of the website and those running it.
There is, of course, a difference between the high ideals and aspirations which are expressed in constitutions all over the world and the nasty cutthroat world of Realpolitik. It’s a jungle out there and principles alone won’t serve to protect you all that well. This is why states need armies and diplomats and all that other cool stuff.
But accepting this reality does not mean that principles, ideals and aspirations are not important, otherwise one ends with the Stalinist cynicism implied in his famous question about the number of brigades commanded by the pope. The basis of all modern societies, inspired by their first Enlightenment incarnations in the and is that might is not right and that government is by the people of the people for the people. 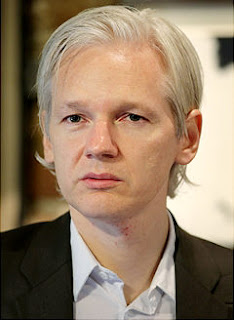 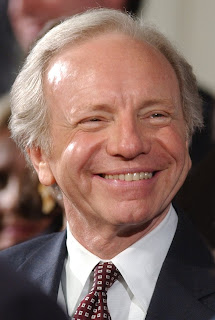 Listening to Senator Lieberman, I feel very worried. There are two possibilities and both are frightening; either the senator really believes what he is saying, in which case he exhibits a stupidity and dangerous naivety frightening in a public representative of so many years experience, or he is indulging in a cynical, vicious, small-minded, vindictive witch-hunt. And to think that this man came within a few hanging chads of Dick Cheney’s job – truly, in retrospect, America in 2000 had the choice between typhus and cholera!
We are now in the tenth year since the attack on the . Watching the WikiLeaks spectacle unfold, I tend to think that the terrorists have achieved more than they dared to dream. Through the reactions of fear, siege-mentality and the dangerous indulged temptation to flail out blindly at almost any (rightly or wrongly) perceived threat, they have managed to strike a deep blow at the basic values underpinning western society; values like openness, accountability, the rule of law and due process, faith and trust in the power of integrity to face down fanaticism and terror. The political leadership in the has reacted precisely the way Osama bin Laden hoped and they are too stupid to realise it or too cynical to care.
In a better, more honest society, WikiLeaks would not be necessary. As it is, these people are vital and, thanks to the nature of the internet, they and many like them will be almost impossible to subdue. Unless, of course, the politicians are prepared to wage open war on the internet itself. There are signs that moves are afoot in this direction, but here, I hope and believe, the citizens will finally tell them they’ve gone too far. Moreover, given that large sections of the press, the conventional Fourth Estate, is under the private control of a few immensely rich individuals, with their own political agendas, we can indeed be thankful that the largely non-regulated, non-centralised internet provides both a platform and means for the publication and dissemination of the activities of our governments acting in our names. Or, as is promised in future leaks, the corrupt dealings of some of those financial institutions who have been given billions in public funding following the recent financial crisis, for which they themselves are largely responsible.
I’ll finish this as I started, with a reference to Karl Popper. In The Open Society he quotes with approval a comment from Kant: “Kant remarked once in a very different spirit that the sentence 'Truthfulness is the best policy' might indeed be questionable, whilst the sentence 'Truthfulness is better than policy' is beyond dispute.” It is because the political classes have lost any respect for the value of truthfulness that the work of groups like WikiLeaks is so important. Our leaders and representatives really only need one thing to make the whistle-blowers superfluous. It’s called integrity.
Posted by Francis Hunt at 15:13