Burnout II: Getting Back on the Horse

Over a month ago I published a pretty personal post here about the unpleasant experience of going through burnout and the practical measures I was undertaking to deal with it. As a number of things have happened since, I thought it was time to write an update.

After six and a half weeks on sick leave, I went back to work last Monday. It wasn’t an easy decision to make. The enforced pause certainly helped me to clear my head – to an extent, at least – but the renewal of energy, a “recharging of the batteries” which I had hoped for, didn’t seem to be happening. I spent much of the time sitting at home, reading a lot and the normal, unthinking energy which was available to me for so many years for doing all the myriad things from housework, to visiting friends, to managing all the basic affairs of everyday life, to writing didn’t really kick in. Oh, I did manage to do the most necessary things and even a number of other things which weren’t strictly necessary but everything was still shaded with a heavy patina of effort; the old lightness which I had realised I had lost and the loss of which had so shocked and pained me didn’t appreciably return.

Very well, I thought to myself, taking time out hasn’t been the panacea I had hoped it would be. Panaceas rarely are all they are cracked up to be anyway; cure-all nostrums are usually the province of snake-oil salesmen and the treatment of suffering in something as complex as the human psyche is also likely to be complex – a process involving various elements in dynamic relationship with each other and needing time and space to develop. I had started taking medication, I’d begun a process of therapy which will (if all goes well and my health insurance can be given the proper signals to get them to finance it) grow into a longer phase of classical psychoanalysis, I had discussed my situation with professionals, family and friends and had productive talks with my employers concerning certain negative aspects of my concrete work situation. Now the time had come to take the next step, to climb back on the horse from which I had fallen.

And so – not without a large dose of trepidation – I went back to work. One of the changes I had negotiated with my employers was that I will, for the foreseeable future, be exclusively assigned to work in the new project we are developing; a middle-term residential group for the care of very sick children (sometimes accompanied by their mothers), who are in need of continual, often high-tech medical support in order to continue their healing process, or just to go on living. At the moment, the group is composed of four children (aged between six months and eleven years) and two adults (who are only there temporarily, these places to be ultimately available to children as well) in temporary, provisional accommodation. Permanent, custom-built quarters are presently being completed and we will be moving in there before the end of the year.

Six patients all in need of extensive, complex, permanent, time-consuming intensive care, with two nurses always on duty; there is plenty to do. The first twelve-hour shift saw me exhausted at the end but it was a good kind of exhaustion – that kind of tiredness which comes from having worked hard doing tasks which offer a sense of immediate value and worth. In the course of the week I found myself quickly adjusting to the physical demands of the job. And I realised that the enforced pause had, in fact, done more for me than I had thought. I found myself better able to cope with the various time-consuming idiocies enforced on anyone working in any of the over-developed, over-regulated, under-staffed, under-paid, misfinanced lunatic complexities which are a characteristic of health-systems all over the world. The senseless bureaucratic and administrative hurdles which independently uncontrollably burgeon in any system beyond a particular level of complexity, which would have had me seething with frustration a few months ago (this itself a symptom of the fact that I had gone way beyond my own tolerance levels), I could now accept with a lot more serenity as part of the inevitable Catch 22 reality in which all of us in our mad modern society are more or less caught.

I am not cured – this will be a long journey, and relative health and sickness are always just a snapshot of an instant in the constant complex dynamic interactive process which is life anyway. But I find myself seeing things more positively and see grounds for hope that my basic levels of essential energy will increase in the doings of things rather than waiting for them to grow so that I can do things.

I decided to be basically open with my colleagues (without going too much into details) about the reason for my absence. I received unexpected support for this during the week. The manager/trainer of one of the most prestigious Bundesliga soccer teams, Schalke 04, Ralf Rangnick, resigned his position last Thursday with immediate effect. The reason he gave was the spectacular, honest admission that he was suffering from an exhaustion and burnout syndrome. While, as with most news items in our high-speed, media-driven world, it will be a seven-day wonder, such public announcements do help the process of bringing various manifestations of mental suffering and illness into the realm of more serious open discussion and further the process of dismantling taboos, clichés, speechlessness and misunderstandings about such issues which are widespread in our societies.

Returning to work, I discovered that others had very different difficulties to deal with. I have written about Jenny a number of times here before. To recapitulate: Jenny is a three-year old girl, who is deaf and dumb, suffers from a partial facial paralysis, a dangerous weakness of her respiratory musculature, an inability to swallow and some balance and coordination disturbances. As a result, she has a tracheotomy tube in her throat and spends long periods daily on a respirator. She is also very intelligent and extremely lively.

Complicated gene tests have confirmed a couple of weeks ago that Jenny suffers from something called Brown-Vialetto-Van Laere syndrome. This, of course, means nothing to her, but it tells us that her prognosis is very bad as the general course of the illness is progressive. 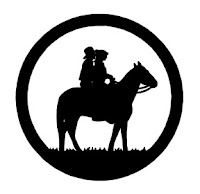 Jenny was dealing with two much more urgent problems. A month ago, my colleague Jan, who was the member of our team who had the deepest relationship of us all with her (in a very real sense, a replacement father-figure), suddenly and completely unexpectedly died in his sleep. He was two years older than me. At exactly the same time, Jenny contracted a very serious case of pneumonia, which necessitated a stay in the Intensive Care Unit in our local hospital. Given the fact that she is living with a hole in her windpipe where nature never intended that a hole should be, this is the kind of thing which can happen; it almost certainly won’t be the last time. When she returned, it had to be explained to her that Jan would never be coming back.

She has understood that and – we think – she has accepted, according to her own categories, that he has not abandoned her. But she misses him and suffers from his absence.

She greeted me like a long lost friend (which, I suppose, I was to her) and seems to have transferred some of her fixation with Jan to me. She stuck to me like a burr all week long, appointing herself my assistant nurse and accompanying me when I went to the other children to take care of them. This has been made somewhat more complicated by the fact that she needs extra oxygen all the time at the moment, so that I spent a lot of time lugging her oxygen tank with me.

For the events of the past weeks have weakened her. After a maximum of four hours, the effort of breathing independently has so exhausted her that she has to be put on the respirator for a couple of hours. Her continence – which she had achieved shortly before the illness commenced nearly a year ago, lost then and won back again in the past six months – has taken a hit. This annoys and embarrasses her, but she’s got enough determination to get it back once more. And she retains the capability to put all of her intelligence and creativity into continually working on marvellously extensive and sophisticated communication, despite her deafness and lack of speech.

Given her confirmed diagnosis, we are haunted by the dark suspicion that she may have already seen her physical zenith. Perhaps. But we shouldn’t write our prognoses without figuring in Jenny’s determination and stubbornness. They are part of a complex, fascinating personality which makes her occasionally amazingly frustrating but more often supremely rewarding to care for – sometimes simultaneously!

Engaging with Jenny has, at any rate, done me good. It is an intense, positively strenuous relationship which, in the way which children determine, takes place primarily on the emotional level of the ever emerging now. A condition which leaves very little room for depression. And for all that I am deeply thankful to my young friend. Having climbed back up on that horse, I sense that I am not alone; Jenny is there too, sitting in front of me.

Though the song seemed appropriate to me anyway, the fact that David Coverdale celebrated his sixtieth birthday this week makes it even more so.

Pictures retrieved from:
http://highchaparralnewsletter.com/Archives/Images/MountHorse.jpg
http://lanemetalworks.com/cowboy%20and%20girl%20on%20horse%20circle.jpg
Posted by Francis Hunt at 14:56