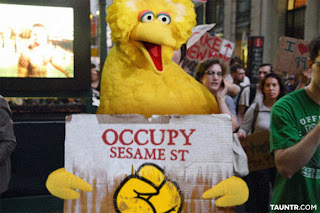 What is there to say about 2011? For a number of reasons, mostly personal, I tend to think, Good riddance, goodbye and thanks for all the fish! Moreover, rather like Scrooge’s attitude to Christmas, I cheerfully admit to a tendency to regard the whole New Year brouhaha as generalised humbug, a completely arbitrary choice of a particular day, ten days after the winter solstice, to mark the end of one revolution around the sun and the beginning of the next.

Of course I am perfectly aware of our human propensity and necessity to organise and structure the continuous flow of our experience, both individually and collectively. Indeed (as a long time existentialist) I go even further and would argue that this organising and structuring is an essential part of the continual creation of meaning we carry out in order to infuse our existence with purpose. We are inveterate storytellers, constantly creating and developing the narratives which are our lives; individual narratives, family histories, tribal traditions, religious myths, national identities. Time is one of the basic categories we use to order and structure our life and – because our subjective, unstructured, immediate experience of time is so fluid and changeable – the one on which we first create a common consensus out of shared experience and memory. (When did that happen? In the year the great storm knocked down the old oak or – already on a much more sophisticated level – When Quirinius was governor in .)

Any good complex story will have its subdivisions, its chapters. In an ordinary novel, chapters will have some kind of thematic form, but the narratives of our individual and communal lives are so complex that the wider shape of chapters only become evident much later – and even then are the subject of heated discussion. Thus, an initial form of standard agreed organisation becomes indispensable, and so we use years as units to give ourselves provisional, arbitrary beginnings and endings.

Endings … and new beginnings. One of the great psychological advantages this kind of dividing of time gives us is the opportunity to achieve some sort of closure (to use a modern buzz-word) for all sorts of deeds and experiences we have accumulated. A chance to put things behind us, to consign them to the past tense of a finished story so that we can, unburdened, proceed to create new stories. Of course, this can be a mixed kind of blessing in many respects (repression of all sorts of things not worked through enough which can often return to bite us nastily in the ass in all sorts of ways, convenient communal forgetting, etc.), but beyond this caveat we do seem to need this kind of mechanism to free up our energy, our enthusiasm and our creativity. Hope was what was left to humanity after Pandora opened the fateful box, thus releasing all the ills to which we are heir, and the idea of closing a chapter of the past in order to begin a new page, a new year which will be better is fundamentally an expression of hope. Unsubstantiated perhaps, illusory maybe, but none the less real for all that.

So now, the world is gearing up to put 2011 behind it and begin the new chapter of 2012. I suppose, if everything could be weighed up and cosmically balanced, some omniscient statistician might claim that it was just one more year like any other. But somehow it doesn’t feel like that – at least to me. I am of course aware that my own perception is grounded in my personal subjective experience and that this inevitably colours the way I see the wider world – and my personal view of the year gone by is dominated at the end of it by a number of negative events, culminating in the death of my brother less than a month ago. There were other deaths too in my own personal world, as well as some other difficult things which took place, so that I have a strong personal tendency to echo the judgement of Queen Elisabeth II on 1992 and refer to an annus horribilis. So it may very well be the case that this predisposes me to see the glass of 2011 as being very definitely half empty rather than half full. 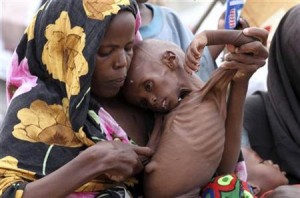 There was certainly horror enough this year – though this can be said of any year; catastrophes, killings, sufferings and murders. The earthquake and tsunami which hit Japan in March were bad enough for the thousands who died, but it can be argued that the world once more just managed to dodge the bullet of massive radioactive contamination in the wake of the destruction of the Fukushima plant (though, like many other events in 2011, the long term consequences still are not clear). Global warming continued, according to the experts, even if the Durban Conference managed to keep the international process, concerning carbon emissions, just about alive. Largely ignored by the rest of the world, hundreds of thousands in the Horn of Africa continued to starve; I’m afraid this one is going to get worse in 2012, proving – if proof was ever needed – that the response to the famine in Ethiopia in 1984/85 (and to others since) was nothing more than a Band Aid on a wound requiring major surgery.

It was a year in which the leaders in the developed world, particularly the USA and Europe, again failed to deal with the ongoing financial crisis and finally face down the international money managers, who seem to be able to continue to hold the rest of the world (in particular the taxpayers) to ransom. While the USA paralysed itself in a struggle between an increasingly irrational Republican-dominated Congress and a President who showed his Chicago Democrat (any deal is better than no deal, as long as you keep your chances of re-election alive) roots ever more clearly, Europe – dominated by Merkozy – continued to eschew courage, vision and real leadership in favour of short-term, self-seeking, selfish narrow national advantage, thus keeping the Euro in a precarious state, destabilising most of the weaker countries and forcing them to bear the brunt of huge economic mistakes – self-made to some extent, but facilitated by the large financial concerns in Frankfurt, Paris and Wall Stret – and leaving the markets to go on calling the shots. David Cameron effectively started to take the out of Europe, confirming that real power in belongs to the latter-day robber-baron bankers in the City of .

If there were any grounds for hope in 2011, they can perhaps be seen in the fact that more and more ordinary people finally started to see through the various con-jobs perpetrated on them and began to protest. The various “Occupy” movements were a signal that you can’t fool all the people (or even 99% of them) all the time. A wave of courageous protest throughout the Arab world swept away corrupt regimes and dictatorships in , and – though the ultimate results are still not clear. At the end of the year, popular protest in over the machinations of Vladimir Putin seemed to be increasing.

But other brutes continued to hold on to power, increasingly apparently indifferent to criticisms of their ruthlessness, from Assad in to Lukashenko in . Kim Jong-Il died but the dynasty continues in power in – it looks like the world will continue to be unpleasantly surprised by the paranoid megalomania of the Kim clan.

Basta! (And by the way, the use of an Italian word reminds me of another positive event in 2011: Berlusconi resigned as Prime Minister of Italy.) I will cry no tears for 2011. Others may feel differently, those who fell in love this year, those who saw healthy children born, those who, in thousands of quiet, personal ways, found happiness. Indeed, on reflection, I too experienced many positive moments as well. Perhaps I need to let them shine through some more in my own personal recollection, my own story of 2011. Good stories always have sadness as well as joy, shadows as well as light. I, and my daughters and grandson, are all alive, active and basically healthy as we approach the New Year; our lives are progressing gently and positively, there are friends and family, more than enough love to go round, a modicum of security and lots to live and hope for. That should be more than enough to be going on with, going on into 2012.

My wish for you, gentle reader, for me, for all of us, is that 2012 may be better for us than 2011. And I will pay no heed to the various loonies who, on the basis of Mayan calendars or other abstruse so-called prophesies, see the world ending this year – I hope and believe that I will be writing some sort of similar post in a year’s time, looking back on 2012 and forward to 2013.

One of the greatest blues rock guitarists in the world, Belfast born Gary Moore, died in 2011. Man, he could make that guitar cry ...