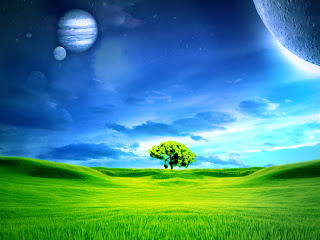 In an earlier post I mentioned that I have been addicted to reading for most of my life. I cannot imagine not having at least one book going – and it is often more – and like any good, prudent addict, I usually have my next couple of fixes lined up before I actually need them.
Though I will read books in German (again, like any addict, in case of emergency I’m prepared to read almost anything in preference to having nothing to read at all) and although my German is fluent – after a quarter of a century in the country it should be! – I much prefer to read in English. For that reason alone on-line shopping with Amazon has proved to be a great blessing. I also frequent the local library but after ten years in the same town I’ve pretty well read everything they’ve got in their not-so-vast English section that I’m interested in.
To keep my rather strange, quirky conscience quiet, I do make regular efforts to read what an earlier generation might call “improving” stuff, particularly history and philosophy but also other “serious” literature. But primarily I read for entertainment and relaxation and so my staple diet is fiction and particularly what is called “speculative fiction”; science fiction and fantasy, often simply referred to as sf.
It is perhaps excessively old-fashioned and oversensitive to confess that there is a part of me that feels slightly ashamed to admit this preference openly. The time is long past when science fiction and fantasy were regarded as something inferior and slightly vulgar by the arbiters of literary taste. In my youth, however, something of this attitude still remained and I have, perhaps, been slightly tainted by the view that fantasy was something childish and science fiction sensationalist pulp rubbish, devoid of any deeper literary significance. So there is still that lurking feeling in me which believes that professing a preference for science fiction and fantasy is like a well-born elderly lady declaring in a fine restaurant that she’d rather have beer than wine with her dinner. But as I’ve decided to be honest, I’ll even shock my own enlightened liberal left-wing sensibilities by outing myself as a closet fan of military space opera of the kind written by David Weber, David Drake and (oh, the shame of it!) that militaristic reactionary who scatters his books with the corpses of millions of both humans and ghastly aliens alike, John Ringo. But further elucidation of this is perhaps best left for a later post after I’ve come to terms with my own honesty.
Speculative fiction has become so popular and accepted nowadays that it has spawned all sorts of sub-genres; hard sf, soft sf, cyberpunk, sword and sorcery, epic fantasy, space opera, magic realism, steampunk, dystopias, space opera, etc., etc. However, such genres are not hard and fast and many of the best authors switch effortlessly between them or produce works which can be categorised in many genres simultaneously. It can even be difficult to find a definition of speculative or science fiction on which all can agree. Personally, I like the comment of Mark C. Glassy, cited in Wikipedia, best; the definition of science fiction is like the definition of pornography: you don't know what it is, but you know it when you see it.
Of all the various wonderful thematic byways of sf, alternate history is a particular favourite of mine, perhaps because I have always been fascinated by history (and indeed have a degree in the subject). Alternate history generally takes as its starting point a particular event or moment in history and asks what if it happened differently; what would the world look like as a result?
There are various ways the theme can be introduced. Sometimes something unexplained happens so that timelines get tangled up. In Eric Flint’s 1632 series, for example, an act of incompetence by technologically vastly superior interstellar beings sends a late 20th Century small town from back to in the middle of the Thirty Years War. John Birmingham sends a naval task force from 2021 (led by the aircraft-carrier USS Hilary Clinton, named after an assassinated US president) back to the middle of World War II in his Axis of Time novels (in this case it was a scientific experiment someone got spectacularly wrong). While Flint’s series has expanded to several books, some by other authors, and seems to be getting lost in the sheer complexity of working out all the ramifications of the changes the people of Grantville work in the intricate history and society of 17th Century Europe, Birmingham develops a tight and very well thought out plot to bring the Second World War to an end in three volumes. 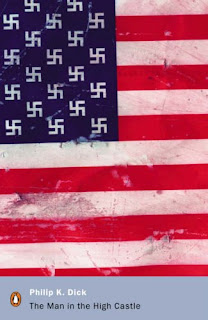 World War II is a favourite theme in alternate history books. Frequently wins. The Man in the High Castle by Philip K. Dick, published in 1962 is set in a dominated by and . Robert Harris has produced a more recent treatment of the subject in Fatherland, a detective story set in a victorious Germany in the early 1960s, in a world in which the USA is ruled by President Kennedy; President Joseph P. Kennedy.
The master of alternate history is the author Harry Turtledove. His magnum opus is the 15 book long “Timeline-191” series, an alternate history of America in which the South wins the Civil War and which runs to the victory of the USA over the CSA at the end of a different Second World War in 1944. (The theme of the South winning the Civil War was also treated by Winston Churchill in an essay written in 1931; alternate history can claim many prominent “guests.”) Turtledove has a doctorate in history and his research into and knowledge of “real” history is stupendous, making his complex alternate history completely believable. One of the fascinating aspects of Turtledove’s story is the way he involves figures who played an important role in our history in his alternative; General Custer is not killed by the Sioux but has a successful military career in the Great War, General Patton is a racist fighting for the Confederacy in World War II and the young Confederate sailor, Jimmy Carter, dies defending his home town of Plains, Georgia in 1942.
My favourite work by Turtledove is Ruled Britannia, in which William Shakespeare becomes involved in a plot to free the captive Queen Elizabeth and expel the Spanish for , years after the success of the Armada. Apart from an exciting story line and a very adroit use of Shakespearian language, Turtledove also manages to create two new plays by the Bard himself, “King Philip” and “Queen Boudicca.”
But if I had to recommend one work of alternate history it would have to be The Years of Rice and Salt by Kim Stanley Robinson. A book with a span of 700 hundred years, the basic premise is that the Black Death carries off 99% of ’s population instead of the estimated 30% it actually killed. Henceforth European culture and religion no longer plays any role in world history. Renaissance, Scientific Revolution and Enlightenment all take place, but within Chinese, Hindu, Buddhist and Islamic contexts – with a more open and enlightened form of Islam than we know basically taking much of the place Christian influenced culture has in our world. Robinson, who wrote his doctoral thesis on the writings of Philip K. Dick, is interested in social and environmental issues as well as the development of science and The Years of Rice, with its vast canvas, its non-eurocentric approach and its strongly Buddhist-influenced context is so different to most other works in the genre that it will continue to rattle around in your head long after you have finished reading it.
I could go on and on about science fiction books worth reading but unfortunately I have to catch a shuttle to the regular hyperspace liner to Arcturus VII, which is due to leave Earth orbit in a few hours time. See you soon in another dimension!
For reasons I do not at all understand, I've always liked this fluffy pop one-hit wonder with a science-fiction flavour from the 80s!
Posted by Francis Hunt at 02:14