Project Guttenberg: Did the Minister Cheat?

The project looked promising; a Bavarian Chancellor, for the first time in the history of the , in 2017. For Bavarian Christian Democrats, drinking beer in the many Bierstuben in the and reviewing their prospects, it was something that should have happened a long time ago; after all, had been firmly under the control of their party since the foundation of the Republic and they had always delivered a solid Christian Democrat majority in federal elections.
But that was where the problems started. Always sensitive to local patriotism and the “special position” of the former Kingdom of Bavaria within the German Federation, the Bavarian Catholic Christian Democrats had, at the time of their founding immediately after the war, decided not to become part of the federal Christian Democrat Party (CDU) but instead to found a “sister party” for Bavaria, the CSU; in permanent alliance with their federal counterpart yet still a different, independent entity. It gave the Bavarians more local autonomy, but served to somewhat diminish their influence on a national level. 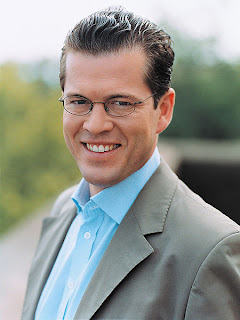 There seems to be little doubt that zu Guttenberg took some short cuts with his dissertation. What remains mysterious is that he never seems to have reckoned with the possibility that somebody would find this out. Couldn’t he imagine that a doctoral thesis from someone of his prominence in the political arena (an area where one does not solely have friends), particularly when it was awarded a summa cum laude, would, sooner or later, come under closer examination? Or has he so far succumbed to that chronic sickness of politicians – complete disconnection from reality, exacerbated by boundlessly overinflated ego – that he really believed he could get away with it?
Despite what non-academics might be inclined to think, writing a doctoral dissertation is not rocket science – except for rocket scientists. 95% or more of it is simply soul-destroying, slogging hard work. Personally, I broke off my academic career before the threat of doing a doctorate had really loomed on the horizon, but, having seen many friends struggle through it, it was not something I was remotely looking forward to during the years I considered staying in the academic area. You have an insight, a discovery which you research and which you and your mentors feel is suitable for a thesis. And then you set down to a couple of years of hard work reading everything anyone has ever written which is remotely related to the subject you have chosen and then you set down to write it up in around five hundred pages of good logical argument, making sure that you cite correctly, that you use footnotes to refer to the ideas and arguments of others you have used and hoping that you haven’t missed anything important. It’s like mixing enough cement and concrete to build a house with a spoon and being awarded the title is, more than anything, a formal recognition that you can actually do this.
Even some of the first paragraphs in zu Guttenberg’s Introduction to his thesis are allegedly copied from an article in the Frankfurter Allgemeinen Zeitung (one of ’s most respected quality newspapers) by an author called Barbara Zehnpfennig, published in 1995. It can only be described as mind-boggling; in his introduction, in which he lays out his fundamental insight and arguments on which the whole dissertation is based, zu Guttenberg copies from someone else (and that not even an academic publication). What can he have been thinking?
In the past few days the suspicion has been murmured that K.T., pressed for time by his many other commitments yet determined to achieve his title, took a well-travelled but obscure and potentially fatal road; the use of a ghostwriter – perhaps to write portions of the thesis, which he himself then reviewed and integrated into the final work. It would explain a lot. In particular, it would explain why the minister didn’t realise that many passages weren’t “clean,” because it was his ghostwriter and not himself who had taken the shortcuts and made the mistakes.
As yet the minister has been defensive. Initially calling the accusations of plagiarism “abstruse,” he then went on to admit that he certainly made mistakes (implying that this is something that happens to nearly everyone in this area) but that the thesis was all his own work. However the opposition have scented blood and the calls for his resignation are growing louder. The , which awarded the title is reviewing the thesis anew and has given him until the end of next week to present his considered position. In the meantime, he has stated, he will desist from using his doctor title.
I see his position as being very difficult to defend. Worldwide, every student knows that if you are caught cheating that’s it. You’ve failed, without any recourse. Defenders of the minister are arguing that we should wait for the university to report, that everyone has a right to the presumption of innocence until guilt has been proved. The piquant point here is that, only a few weeks ago, zu Guttenberg, as Minister for Defence, suspended the captain of a naval training ship on which a cadet had died under mysterious circumstances, before a formal investigation had been carried out, and this decision – another sign of political decisiveness and consistent action in the view of K.T.’s supporters – was controversial. The old culinary adage about using the same sauce for geese and ganders readily comes to mind.
The majority of Germans still don’t think that zu Guttenberg should resign. The most popular daily paper, Bild, which sells on the basis of lots of pictures (including a few of almost completely naked models) and short articles which are – let’s say – not terribly intellectually challenging, and which as always been a fan of the handsome aristocrat, advised him last Friday, in its own understated way, to “Scheiss auf dem Doktor [Fuck the doctorate]!.” The paper is playing to the German equivalent of Sarah Palin’s “Joe Sixpack,” a not insignificant group in every society. But, personally, even if only a fraction of the plagiarism accusations are true, I think he’ll have to go.
Professor Peter Landau, the former dean of the law faculty at the of , said today that the regulations of the leave them with no choice but to deprive zu Guttenberg of his title. At the latest, should this happen, Chancellor Merkel (who herself holds a doctorate in physics) will tell him to go (if he hasn’t tendered his resignation by then). The shining aristocratic star will simply have become too big a liability. If this does not happen, then the German political class will have lost the last vestiges of moral authority they still possess. And, even as cynical as I often am about politics, I don’t think they want to risk that.
It looks like and the world will have to wait a while longer for a Bavarian Chancellor.


February 23: Since publishing this essay, matters have taken a new twist. Therefore I have written a sort of continuation.


March 1; The minister resigned this morning.
I nearly put up Patsy Cline singing "Your Cheatin' Heart," but then decided in favour of Freddie!
Sources J:
The facts cited in this essay come from a number of articles in English and German available at http://www.wikipedia.org/, http://www.zuguttenberg.de/, as well as various reports published by http://www.spiegel.de/ between February 16 and 21, 2011.
Pictures retrieved from:
http://en.wikipedia.org/wiki/File:Guttenberg-800.jpg
http://bilder.bild.de/BILD/unterhaltung/kultur/2010/07/26/bayreuth-lohengrin-premiere/guttenberg-und-frau-17108011-MBQF,templateId=renderScaled,property=Bild,height=349.jpg
http://www.spiegel.de/politik/deutschland/0,1518,667685,00.html
Posted by Francis Hunt at 18:39