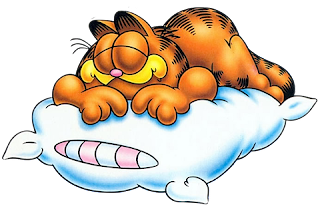 The early bird catches the worm. But who wants to eat worms?

For most of my life I could have taken this as my unquestioned motto. I had always regarded myself as a night-owl and refused to make any apologies for it. Other sayings like, One hour’s sleep before midnight is worth two after, I have always regarded as rubbish, something that only worm-eaters would want to believe. But in the past couple of years I’ve noticed a bit of a change in myself. Nothing dramatic, but significant nonetheless.

Indeed, if I examine my early memories a little more closely, some strange recollections arise from the mist. Memories as a very young child of lying awake in the early morning with no notion of going back to sleep again, being bored and waiting for everyone else to wake up. Later, after I had learned to read, this boredom vanished. On weekends and during school holidays, if I woke up early, I could always take a book and read in bed. Indeed, my mother would often bring us breakfast in bed. While some may see this as a sign of great love and care, or even frown on it as being an indication that we were hopelessly spoiled, I believe now that she had much more practical motivations. Not that I am suggesting for a moment here that my mother didn’t love and care for us, but I suspect that such kindness had more to do with the fact that she had five children and was glad to be able to avoid having at least the older of us under her feet too early on Saturday mornings.

The teenage years followed. Unlike those of many of my friends, who regarded sleeping late in the mornings as a dangerous sign of moral turpitude, my parents were more tolerant and enlightened (on Saturdays and during school-holidays, that is) and generally allowed us to follow the normal inclination of teenagers, which is to view mornings with deep suspicion, things at best to be avoided whenever possible.

And then, having finished school, I decided to join the Dominican Order of the Catholic Church. Now religious orders have been famous for many things over the centuries, but a deep approval of sleeping late is not one of them. From the time of St. Benedict, the father of western monasticism, religious life has been known as the regular life; which included ideas like the mortification of the body and greeting the Lord at (or before) dawn with common prayer. Indeed, the stricter religious orders, like the Cistercians, made a point of getting up extra in the middle of the night to pray and there were more observant periods in Dominican history when they did this too.

By the time I entered the Order in 1977, thankfully, such extreme practices had long been abandoned. Still there was common morning prayer (the traditional offices of Matins and Lauds) at seven or seven thirty and that was bad enough. Particularly in the noviciate, where attendance at such ceremonies was not optional. For a whole year I was up early every morning and even spent four weeks, following torn ligaments in my ankle, going to Matins and Lauds in the public church on crutches. (There were ninety-nine stairs between my room and the church – I counted them.)

Having survived the noviciate, I moved to the studentate, a large community in Tallaght, a suburb of . Life was, from my point of view, a lot more civilized and reasonable there. Following the noviciate, with its emphasis on regularity and rules, the studentate ethos was big on personal responsibility. If you weren’t at morning prayers, it was assumed that you had a reason not to be – like being out late the previous night. For those who were there and subsequently repaired to the refectory for breakfast, there was a custom which is one of the most wonderful I have ever experienced and one which should be made compulsory for any institutions where people live communally, even temporarily – two breakfast tables. At one sat the people who were bright, chirpy and, above all, talkative in the morning. At the other sat those who were none of these and it was understood that silence reigned at this table.

Over the years, on the increasingly seldom occasions on which I put in an appearance at breakfast, my place was firmly at the silent table. But, more often than not, I was still in bed, for I was living out more and more my tendency to be a night-owl. My absence in the morning was occasionally a subject of discussion between me and those responsible for my religious formation, but the behavioural changes resulting from such discussions were generally pretty modest and, above all, short-lived. The fact that I was a student during this whole time wasn’t positively conducive to early rising – as anyone who has ever been a student can confirm, the necessity of being at lectures which take place early in the morning has always been a relative thing.

What made it all easier was the fact that I wasn’t the only night-owl in the community, particularly among the younger members of it. Even at two or three in the morning, you could usually find a couple of people having a late cup of tea in the refectory. Later again (or earlier, depending on your point of view), at four-thirty or five, on the not infrequent occasions when I had spent a very long night up, often with one or two others, we would meet Brother Dal. Brother Dal was an elderly lay-brother, stiff, correct and always impeccably polite, who was a very early riser. The greeting was always formal; “Good morning, Brother Francis!” “Good night, Brother Dal!” What he thought of us young radicals, long-haired, bearded, usually in jeans (and, in my case, an old Italian army surplus jacket), I never discovered. Perhaps he shared our joy at achieving something new, the genuine twenty-four-hour community.

Having left the order, a number of elements entered my life which concretely threatened my preferred status as a night-owl. I had to work for a living. I trained as a nurse, a professional choice which poses difficulties for night-owls, as it’s a job where the early shift traditionally starts very early indeed, often around six. But then, you also work late shifts and night shifts, so in that respect it’s not as bad as a job where you have to start at seven or eight every morning. Or so I consoled myself.

And then, of course, children. Children, especially when they are small, awake – as a rule – disgustingly early, particularly at weekends. Not only that but they are frightfully active and full of beans early in the morning (at least mine were … until they hit puberty, then that changed, no that’s not accurate enough, then a total inversion took place). While it is general conventional wisdom that parents rear their children, in fact children rear their parents just as much. When you have small children, being wakened at nine in the morning means that you have been allowed to sleep late; and I firmly believe that, in most cases, that it is the presence of small children which finally trains us away from those legendary teenage capabilities to sleep long beyond midday.

We are, above all, creatures of habit and biological creatures at that. The existence of pretty precise biological clocks, so-called circadian rhythms has been scientifically proved fairly conclusively, with humans based on an average of 24 hours and 11 minutes, an internal clock which resets itself daily. Our individual need for sleep varies somewhat more, but is estimated for adults as being somewhere from 7 to 8 hours daily. The question is, when do we take this sleep? And that’s where habit comes in. If you go to bed and get up regularly around the same time, your body will get used to this quite quickly and will wake you naturally at the same time every day.

Of course, most of us don’t live completely regular lives. On top of this, technological development has – for better or worse – liberated us from natural rhythms of light and darkness. It is easy for us to forget that, for most of human history, people tended to go to bed shortly after it became dark and got up when it became bright, for none other than the very good reason that the capacity to produce enough artificial light to do most things which require seeing clearly requires quite an advanced, widespread and affordable technology. Try reading (or sewing) for an extended period of time with only a candle and you’ll realise this.

And yet, there are still early birds and night-owls, or so I hold anyway. There are those who awake full of energy and fizz and who can’t keep their eyes open in the late evening. And there are others (a group to which I belong), who are more inclined to start the day groggy and tend to be more active in the evening. But you can train yourself a little and the results can be positive. I was forty before I realised that, for a night owl, it’s not necessarily the best strategy to stay in bed until the last minute before flinging myself into an optimally planned schedule to get from my bed into action (usually defined as leaving the house) in a minimum amount of time. Admittedly, I still can’t bring myself to eat immediately after getting up, but I’ve found that getting up a little earlier, taking some time to approach the day more gently, drinking some coffee, checking the newspapers (on-line these days), giving the day a bit more time to get going does me good. All (all!) it takes is that bit of effort to get out of bed before it’s absolutely necessary. And so, with the wisdom of age, this night-owl has realised that he can learn something from the early birds.

Email ThisBlogThis!Share to TwitterShare to FacebookShare to Pinterest
Labels: personal