Fuck it. I wonder if others who write have often had that experience of roughly knowing what they want to say, but not being able to find the proper beginning. That bitch of a Muse of mine doesn’t seem to have got her lazy ass out of bed this morning. Shit! 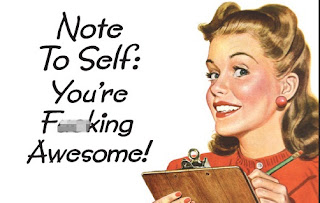 I started thinking about this whole subject after reading something my fellow blogger, Lisa Golden wrote, “I'm trying to not curse. It's an experiment, an exercise in self restraint …” and where she went on to talk about “season[ing] every sentence with a sulfuric dash of that oh so versatile word fuck.”

Actually, I don’t. Or at least don’t very frequently, if only because of the fact that around 90% of the time I’m generally speaking German rather than English and cursing is different in German. Indeed, of around the half dozen languages in which I manage to be more or less incoherent, in none of the others can what is sometimes called “foul language” be so consistently and comprehensively integrated as in English.

Oh, there are certainly flowery and expressive expressions available in other languages. One need only think of the Spanish, “La puta madre que te pario!” or the Italian, “Stronzo! Figlio di puttana!” The Mediterranean languages seem to have a tendency to go beyond simply calling someone a bastard to directly stating that his mother was a whore. But English is the only language I know which offers the possibility of taking a vulgar word for copulation and then inserting it as an adjectival or adverbial qualification with almost unlimited frequency in every sentence.

It makes me wonder about how translators sometimes deal with this particular variety of colloquialism. Of course, colloquialism is always a difficult area for translation, since it involves a very good command of both languages as well as a healthy portion of imagination.

Many years ago, after first coming to Germany, I spent a while working as an English teacher. There is a German colloquial expression for extreme indifference, Scheiss egal. I remember a student once telling me with some pride that something was “shit equal” to him.

“No, Stefan, you can’t say it like that in English,” I told him.

“Ok, well then, how do you say Scheiss egal in English?”

I thought about it for a moment and then grinned. I had the perfect English equivalent.

“Right, Stefan, remember this one, because this is really good English. Though you wouldn’t say it to your granny, any more than you’d say Scheiss egal to her. The English for Es ist mir scheiss egal is … I don’t give a fuck!”

But on reflection, that one was easy. There are however other scenarios.

This is not working, at least not the way I want it to. There’re all kinds of ideas I have about this subject but they’re just not gelling. Fragments. No fucking flow …

There is a nexus about bad language; it’s all associated with sex and digestive waste elimination, penis and vagina and anus, urine and faeces – fuck and prick and cock and cunt, piss and shit. And it all has to do with common, low, vulgar words. Calling a woman “you copulating vagina!” doesn’t really cut it, anymore than telling someone to urinate or copulate off does.

Where in English bad language the copulatory “fuck” or “fucking” is the most common linguistic qualifier, in German it’s Scheisse or Scheiss-. And whereas in English probably the most common denigratory personal expression is “bastard,” in German it’s Arsch [arse] or, most frequent of all, Arschloch [arse-/asshole]. Which suggests that Germans are – in the Freudian sense – extraordinarily anally fixated. Which explains why Germany is a country where so much emphasis is placed on organisation, discipline, administration and efficiency (even if it often doesn’t work and is frequently counterproductive). Anally fixated, the whole lot of them, real controlling arseholes. Just ask the Greeks. 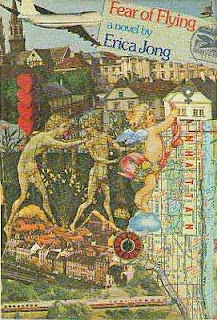 [If my memory serves me correctly (for it is many years since I read the book) Erica Jong’s Fear of Flying offers corroboration for this viewpoint. She describes a particular kind of toilet bowl, common in Germany at the time, which has a kind of porcelain shelf on which the turd lands after a bowel movement rather than landing directly in the water, so that it can be examined by its producer before being flushed away – another indication of anal fixation. However, I can also report that in the almost forty years since the book was published, such toilet bowls are becoming increasingly rare in Germany. Whether that is a deeper indication of a “loosening-up” in the collective German psyche is a judgement I’m not prepared to make.]

All right, all right, this shit is finally starting to go somewhere! Down the toilet. But, Jesus Christ, there’s that fucking wall again – just when I think I’m on a roll, my shite imagination runs out of fucking ideas and I have to start on another track. Bollocks!

There is also a tremendous amount of ambivalence, not to mention hypocrisy, about this whole subject. We were taught as kids (and, indeed, most kids are still taught today) that these are all naughty words, bad words, and that it’s wrong to use them. But of course children do, teaching each other all the words, whispering them to each other before they have an idea what many of them actually mean, giggling about them. Because they know that, somehow, they are words of secrecy and power, words which refer to that uncertain world of pleasure and danger which is adult and seductive and scary all at the same time. Sex, in other words. Ah, Freud, there he is again!

Bad language, it’s called; cursing or swearing. In fact, of course, it is neither of these. Cursing means a formal wishing or calling down of ill or evil on someone. Swearing is a formal declaration of the truth of something. Saying “fuck,” “shit,” “cunt,” “prick,” or “arse” has nothing to do with either of these activities. But, in my old-fashioned, early Catholic education, I was taught that this was “cursing,” and cursing was a sin. So you went to confession and said, “Bless me, father, for I have sinned. It’s two weeks since my last confession. I cursed twenty seven times.” And you got absolution for it, and a penance – maybe three Hail Marys, something like that.

Now, exclamations like “Jesus Christ!” or “Mother of God!” are something of a different case. From a religious point of view they could be conceivably called sinful on the basis of “taking the Lord’s name in vain.” On the other hand, their frequent use could also be seen as a sign of fundamental religiosity, an expression of a subconscious awareness of the continual presence and support of God and his saints in one’s life, so that one is constantly moved to spontaneous prayer, the repeated invocation of divine support in every moment. Calling on God, even in the moment of climax.

Oh God! That bitch of a Muse of mine is really fucking lazy today. I need a blow-job from her to finish this and I don’t even get a prick-tease. Cunt!

Our society has been loosening up in this whole area over the last fifty years or so. In 1960, the publication of the unabridged version of D.H. Lawrence’s Lady Chatterley’s Lover was finally allowed by the courts in the UK (a year earlier in the USA). Apart from the explicit descriptions of sex, one of the major complaints about the book was the use of the words “fuck” and “cunt” in it. Today, broad-band networks are being clogged with millions of downloads of Fifty Shades of Grey and no one gives a shit. You’ll find “shit” and “fuck” turning up even in quality newspapers occasionally – without conventional circumlocutory asterisks – particularly in interviews or quoted speech. In Germany, it was the young Green politician, Joschka Fischer (who later became Foreign Minister), who first broke a parliamentary taboo in the Bundestag in 1984 with his famous statement to the deputy speaker, "Mit Verlaub, Herr Präsident, Sie sind ein Arschloch.". ["If I may say so, Mr. President, you are an arsehole"] – using, one notes in passing, the polite Sie rather than the familiar du form of address.

In the list of 105 films which use the word “fuck” more than 150 times in Wikipedia, only five were made before 1990. Martin Scorsese makes the Top 30 twice (Goodfellas [1990] 11 – with “fuck” or its derivatives occurring 300 times in the course of the film – and The Departed [2006] 28 – 237 “fucks”). But the use of “explicit” language has even spread beyond cinema and into television. The Wire, in my opinion probably the best series ever made (though fans of Breaking Bad, and Mad Men may, with some justification, disagree), has a classic scene, where two cops, Bunk and McNulty, spend five minutes investigating a crime scene and solving a mystery in the process and in which the entire dialogue consists solely of “fuck” or derivatives thereof. It doesn’t get any better than this.

“Bad” language is a characteristic of almost every character in The Wire, from the drug dealers on the street, to the politicians in City Hall and beyond. Worth mentioning particularly here is State Senator Clay Davis, with his marvellous, “Sheee-it!” And, speaking of politicians, it is reported that President Obama has stated that The Wire is his favourite TV show. Which gets me to wondering about how The Wire would have portrayed the president telling Secretary of State Clinton about the planned attack on Osama Bin Laden:

Though to be completely accurate, motherfucker would become mo-fuh in Baltimore project slang.

Well, fuck you, Muse, I’ve finally managed to get to the home stretch of this bitchin’ essay, Just goes to show that you haven’t left me entirely on my fucking own. Gimme a last little kiss, you cunt! 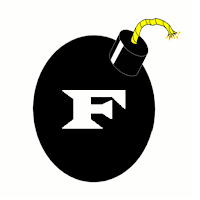 And, despite all the authenticity and spontaneity of modern film and TV, our use of expletives is far more under our conscious control than we would often like to admit. Even the most habitual serial foul-mouthed punk will be able to control his expletives if he suddenly finds himself in the company of half a dozen nuns. We have a remarkable linguistic flexibility which enables us to instinctively almost completely adapt our language styles to the environment. Even people who in many situations cuss with an instinctive fluid frequency will automatically “tone down” their language in the presence of their children, or children generally. Not to mention in the presence of their mothers …

[Note on the music: I usually put some music at the end of a post which has some kind of connection to the theme I’ve been writing about, and I usually don’t insult the intelligence of those who visit my blog by explaining the connection. But this one needs some background.

When John Lennon recorded “Working Class Hero” forty-two (!) years ago, the song caused some furore by containing the word “fucking” twice at a time when this kind of language in the music of a major star was almost unheard of. It’s a perfect example of an excellent use of “bad” language – “fucking” being used naturally and perfectly to give just the right emphasis to the mood and expression of the sentiments involved in their context. There’s not a hint of gratuity or prurience about it.

The two lines in question are:
“’Till you're so fucking crazy you can't follow their rules.”
and
“But you're still fucking peasants as far as I can see.”

Thirty seven years later, Green Day released an excellent cover of the song, as part of an Amnesty International Campaign about Darfour. In the official video the two “fuckings” are blended out. Ah, the eternal hypocrisy of the music business! If you prefer to listen to an uncensored version you can find it here]